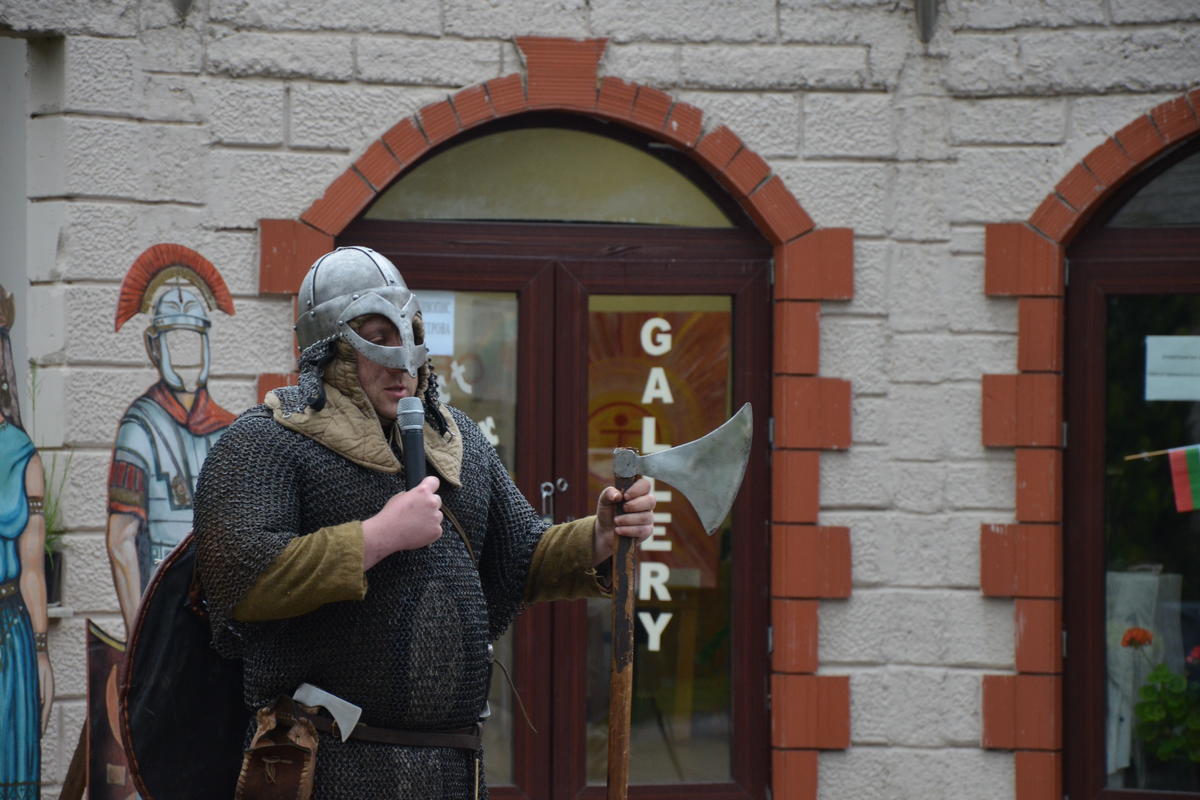 Constantine Kolev from Sofia is one of the people who give his best during the events in which he participates. He is a PhD in arts, successfully defending his dissertation on "The Archetype of the Path in Scandinavian Mythology and Art". He works both alone and as a member of the International Organization "Saint Lazar", which is headed by Angel Vasilev in Bulgaria.

Some information about the Vikings:

The name "viking" is a popular and common name for all Scandinavians who lived between the end of the 8th and the beginning of the 11th century. The word itself comes from the word "wick", which means "bay" in both Swedish and Norwegian today. Vikings are literally people on the bay or sailors. Conditionally speaking, they can be divided geographically into 2 species - Western Vikings and Eastern Vikings. The Western Vikings are the ancestors of today's Norwegians and Danes, who travel west of Scandinavia (UK, France), where they are called "Normans" (people or men of the North). The Eastern Vikings are the Swedish Vikings who set up trade and political centers in the east of Scandinavia - in present-day Ukraine, Western Russia, and even reach the Balkans, where they established relations with the Byzantine Empire. They are referred to in Eastern European historical sources (eg Nestor's Chronicle) as "Varangians".

Some information about the Crusaders of the Order of Saint Lazarus:

Order of St. Lazar Jerusalem was founded by the Crusaders in Palestine in 1098 on the basis of leper hospitals that existed under the jurisdiction of the Greek Patriarchate. It was founded by religious pilgrims and monks who at first intended to guard the main roads in the holy lands connecting the Crusader-conquered cities. The Order welcomes leprosy knights in their ranks, giving them healing and protection, thus making them feel equal to their "brothers in arms and destiny" from other crusades. It follows the Statute of St. Augustine, and although it was not formally recognized until 1255, it does enjoy certain privileges and receives donations. After the fall of Jerusalem in 1187, The Order participated in the Third Crusade and a series of battles thereafter. In the battle of Forbia (present Gaza) on October 17, 1244, all the knights of the order, led by the Master, were killed; they also participated in the battle of al-Mansour (8-11 February 1250). After the fall of Accra in 1291, the Order of St. Lazarus settled in France and ceased its involvement in hostilities. In 1572, part of the Order of St. Lazarus merged with the Order of St. Mauritius in the Order of St. Mauritius and Lazarus, but the Order of St. Lazarus itself did not disintegrate, continuing its activity. Today, the Order exists and has its headquarters in 25 countries and is involved in charity work.